The application is free for personal non-commercial use. Any donations are welcome to support maintenance and future developments.

Thanks to all the people who provided feedback and did the testing of the release candidates.

The information about the GPS TrackManager application is available in the following two languages:

The above links provide detailed information about the program and how to use its  features. At the moment this is the only available information. There is no on-line help or manual available. 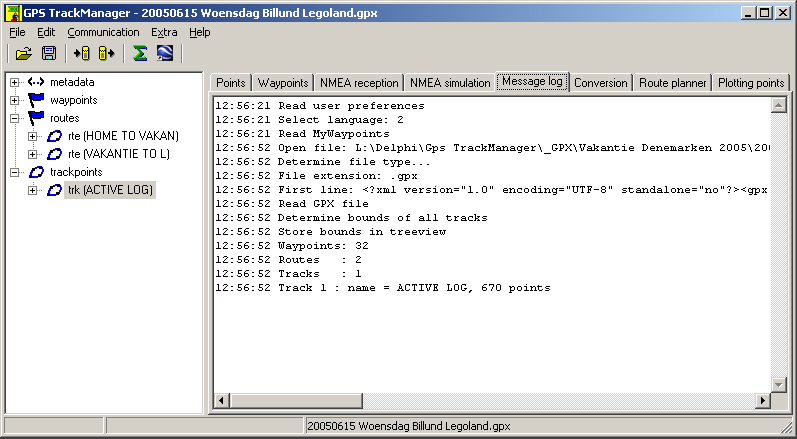 Currently
the program is provided to you as freeware for personal non-commercial use.
Donations are always welcome.

The program is currently available in the English and Dutch language. You can switch between the languages run-time (menu Extra – Language).

If you want to make a contribution to the program you can do one of the following:

Many thanks to all the people that responded to me with feedback.

If you have any remarks or suggestions to help me improve the application, please e-mail me at: